This sermon was presented at Rosh Hashanah services at the Woodstock Jewish Congregation on September 19, 2020. Reflecting on the Torah portion that is read on the first day of Rosh Hashanah, Rabbi Jonathan compares Hagar’s anguish as her young son Ishmael is dying of thirst to that of Black mothers today who know they also cannot protect their sons from the violence of a racist society. In the Torah, God hears the boy’s cry and protects him; today it is up to us to respond to and undo the injustices of systemic racism.

Rather than analyzing this chapter of Torah, I just want to allow its sheer pathos to touch our hearts: Sarah is overcome with jealousy. Abraham is completely torn – he loves both of his children, Sarah’s Isaac and Hagar’s Ishmael. Hagar is powerless and her little boy is just a boy. Time for a krechtz.

Then, the story breaks my heart: Early the next morning, Abraham got up and took bread and a waterskin and handed them to Hagar, placing them and the boy on her shoulder. Then he cast her out; trudging away, she wandered aimlessly in the wilderness of Beer Sheva. When the water in the skin had run out, she cast the child under a bush and she let him there and walked a distance of a bowshot away, thinking, “I don’t want to have to see my child die.” Sitting down, she raised her voice and wept. (Gen. 21:14-16)

All the mothers who have not been able to save their children. I barely have words for this sorrow. And awful enough when the causes are impersonal – illnesses, accidents, genetics. But when these deaths are the result of human indifference or cruelty, and when they are the result of twisted social norms and structures that have no qualms about writing off whole segments of humanity, then my sorrow mixes with fury.

We Jews have this terror imprinted within our muscles and bones: It begins with Pharaoh’s soldiers tearing baby boys out of their mothers’ arms to cast them into the Nile. We have accounts of mothers besieged during the Crusades suffocating their children to ensure them a less painful death. Centuries of pogroms and massacres, senseless murder. And of course, selections at the Nazi camps. Is it any surprise then that Jewish mothers developed a reputation for being “over-protective”? The Jewish motherlove that I resented and resisted as a child I came to cherish as an adult.

But I also know that as an American Jewish boy growing up after World War II my life was never in particular danger. By some fortunate twist of fate, my family and I hit the jackpot and were accorded the status of “white.” My mother’s fears were legitimately inherited, but in our suburban circumstances they were, thank God, mostly unfounded. I was free to roam. And I had protection. If I needed help, I could ask a policeman. 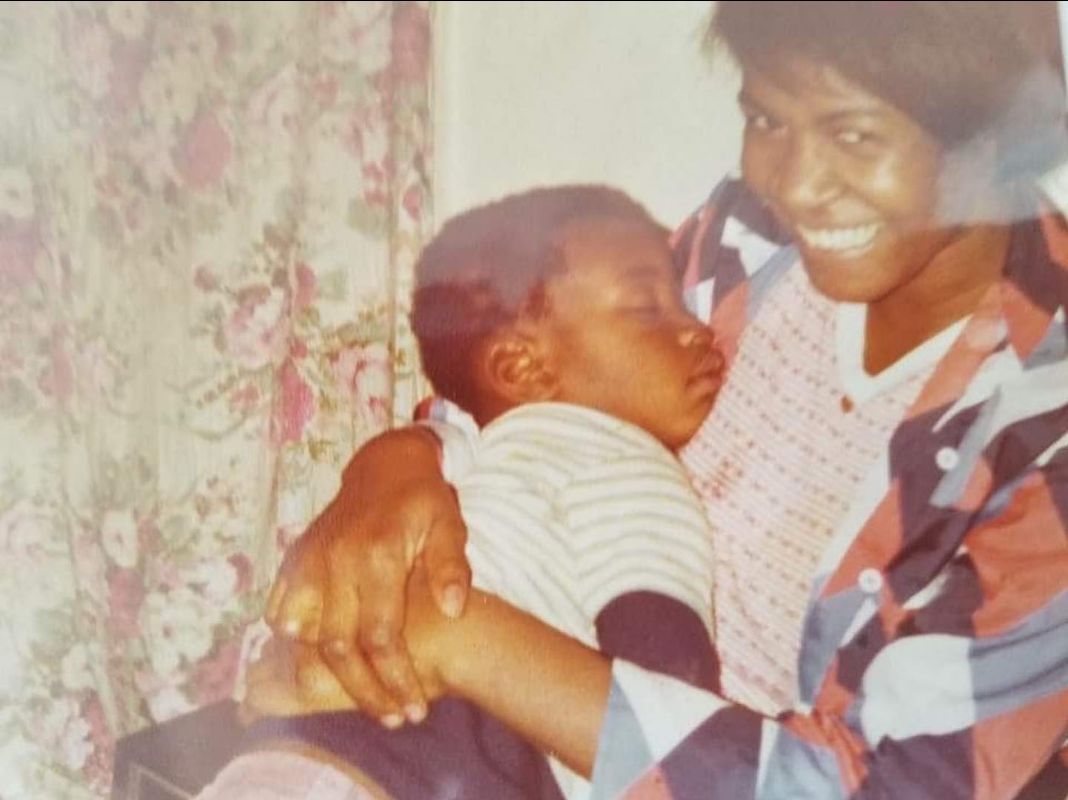 This is George Floyd at about 6 years old sleeping in his mother’s arms. Her name was Larcenia Floyd, but everyone knew her as Miss Cissy. Miss Cissy passed away two years ago at the age of 71. George Floyd had her name tatooed on his torso, and it is reported that Miss Cissy had been the center of his world. As he slowly suffocated under the policeman’s knee, Floyd called out, “Momma, I love you, I love you. Tell my kids I love them.” And Hagar walked a distance of a bowshot away, thinking, “I don’t want to have to see my child die.” Sitting down, she raised her voice and wept. (Gen. 21:14-16).

Our hearts were broken when we witnessed George Floyd’s murder this past May, but for millions of white people our eyes were also finally opened. My mother taught me to go up to a policeman if I needed help. Mothers of Black children have to have a different talk as they try to protect their children’s lives. Their Black lives are simply not valued the same as white lives are in our nation. This legacy goes back 400 years. We must change this reality.

Let us be blunt about how Hagar is described in the Torah: she is a shifkhah, a slave, Sarah’s property. Hagar is powerless over her own fate and her son Ishmael’s fate. Abraham’s love for her is not enough to save her, for the structure of her society endorses Sarah’s right to cast out Hagar at any moment, leaving her unprotected and unable to protect her own son. In the eyes of that society, Hagar’s life didn’t matter. Ishmael’s life didn’t matter.

But in the eyes of God, their lives do matter. The story in Genesis isn’t over yet: God heard the boy’s cry, and from heaven an angel of God called to Hagar and said, “What is troubling you, Hagar? Have no fear, for God has heard the cry of the boy where he is. Get up, pick up the boy and take him by the hand, for I am going to make of him a great nation.” God then opened her eyes, and she saw a well, and she went and filled up her waterskin and gave the boy to drink. God was with the boy, and he grew up; he lived in the wilderness of Paran and became a bowman, and his mother took him a wife from the land of Egypt. (Gen. 21:17-21)

Judaism is crystal clear about this: God hears the cry of the oppressed and the powerless, and so must we. A society may endorse the dehumanization of a caste of people, but God emphatically will not, for every single person carries the imprint of divinity.

I may have grown up as a white boy in the suburbs, and I may live as a white man here in beautiful Ulster County, shielded from and quite able to ignore the deadly injustices of racism – but as a Jew if I do not somehow participate in the dismantling of systemic racism then I am a traitor to my ethics and to my heritage.

In our Torah story, God comes through where human society will not. God is showing us what we must do. For if, as our Torah insists, we are made in God’s image then we too must hear the cries of the Ishmaels and the George Floyds of our world. We too must support the Hagars and the Miss Cissys of our world to keep their children alive and safe. This is Judaism’s clear mandate. Let’s get to work.

View all posts by Rabbi Jonathan →
Naso: Be a Channel of Blessing
Honoring the Life of Justice Ruth Bader Ginsburg

Rabbi Jonathan expresses Jewish thought and presents principles of Jewish spirituality in a way that allows me to be more open to the Jewish path and to heal the disconnect I have felt.