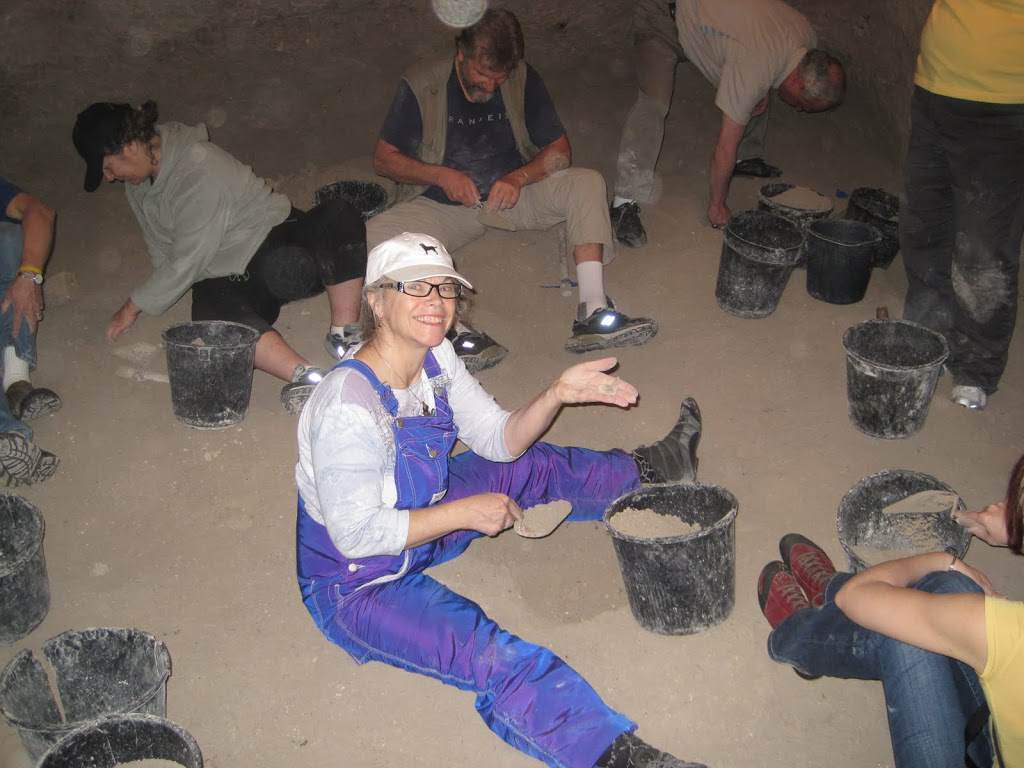 I write this evening from my hotel room in the desert town of Arad. We will be rising at 4:15 in the morning tomorrow in order to ride the bus down to Masada, and plan to climb to the top in time to witness the sunrise.

This has been a magnificent and moving trip thus far. Our guide Aliza Avshalom is thoughtful, sensitive, and has an encyclopedic knowledge of both the ancient and the modern history of the region. Each of the participants in our group is having his or her own unique and profound experiences, and it is very moving to listen to them. We spent our first 4 days in Jerusalem, getting a crash course in the history and politics of that incomparable city. I will attempt to write more soon, but because I must get some sleep tonight I’ll just give an account of today’s activities.

We began with a briefing by an Israeli expert on security issues in the region. (At this late hour his name escapes me.) His report was grim: Iran’s growing influence and nuclear capabilities represent an existential threat to Israel, while the United States diminished influence in the region also contributes to growing instability. His assessment of the tribal and grudge-based politics of the Middle East rang true. He recommended that anyone interested in understanding the behind-the-scenes machinations of international relations in the Middle East read the Wikileaks documents pertaining to the Middle East.

By and large I trusted his assessment and agreed with most of it. The problem was that many of us felt bullied by his manner of presentation, and we felt frustrated by the lack of time for the promised question and answer period. We climbed onto the bus with a bad taste in our mouths, but to this group’s credit we discussed our thoughts and feelings on the bus in a measured and honest way, and were able to turn both our positive and negative reactions into good grist for the mill we are turning to process our experience of Israel.

The next stop provided the perfect antidote to the heaviness of the morning. We arrived at Bet Guvrin National Park, and participated in Dig For A Day, an opportunity to participate in an ongoing archaeological dig. Our guide was a young man who may be missing his calling as a stand-up comedian. We followed him down into one of the large, manmade limestone caves of this area, caves that are filled with artifacts from Tel Maresha, a large city that once flourished in the 2nd century.Everyone received buckets and digging tools, and we began sifting the earth for treasures. The best finds were two beautifully glazed pieces of pottery that fit together, revealing a delicate handle of what once was a decorative bowl.

Our guide shared with us the greatest find yet made by one of their volunteer diggers. An inscribed stone tablet was uncovered that contains names that can be corroborated from the ancient Book of Maccabees: Antiochus IV and his tax collector Heliodes. This is the first external corroboration we have of the story of Chanukah, history brought to life by a volunteer digging in the dirt! As we left we were invited to grab a few pottery shards from a pile that were not of use to the archaeologists, and our guide suggested that next Chanukah we place these shards by our lighted menorahs and remember that we ourselves had dug up relics from the time of the Maccabees.

Following lunch we headed for our final activity of the day, a Bedouin “ranch” called Kfar Hanokdim. I have been here with WJC groups several times, including one memorable sleepover that doesn’t count as sleepover, since no one managed to sleep in the dusty, hot and well-lit tent in which we were supposed to spend the night. So this evening we only participated in the camel rides and Bedouin presentation and dinner, and then repaired to our comfy hotel. Our host was a Bedouin man with a Masters degree in ethnomusicology – not the “primitive” you might expect. I was particularly struck by our host’s description of traditional Bedouin life. They maintained wells that they dug throughout their very arid grazing territories, and they prize hospitality as a chief trait of their culture. They might as well have been describing the stories of Abraham and Sarah and Isaac and Rebecca. Abraham runs out to greet his visitors during the heat of day; Isaac digs anew the wells his father had dug, and Isaac’s shepherds get into disputes with neighboring clans over water rights. Truly, many of the customs of these indigenous shepherding nomads have not changed for thousand of years. Only now, with the advent of border fences, oil wells, and burgeoning populations across the Middle East the Bedouin are being forced to settle down, and their ancient nomadic lifestyle is approaching extinction.

I hear there is a snowstorm back home in the Hudson Valley – I hope all of you stay warm and safe, and enjoy the snow!

View all posts by Rabbi Jonathan →
Shabbat in Jerusalem
Masada

I loved starting the day with Jonathan Kligler -- prayer, intention, in community